Welcome to a new post! I just came back from Greece and I decided to blog my time there, including a small wrap up of all the books I managed to read 🙂

I woke up from a restless sleep to my 3.30 am alarm! Bleary eyed, I stumbled into the car and we drove to the airport. Luckily, there wasn’t much delay so we got through security pretty quickly and onto the plane for the 3 hour flight. I got started on The Mercies, which was only £0.99 on the kindle!! Apart from that, I listened to some music and tried to recover from my rude awakening, but I can never sleep on cars or planes.

I went to Kefalonia, part of the Ionian Islands. I forgot how beautiful Greece is, the scenery is stunning– just look at those views! It was so light that I woke up at sunrise most days and it was already boiling for me (I’m not used to the heat okay). For the rest of the day you could either find me at the pool or the beach, but I didn’t tan much, or at all really. My favourite time was night, having a late night swim and amazing food. I’m obsessed with olive oil and greek salad now, it’s become a staple.

Also, the hotel and staff were really good about the coronavirus and did everything they could to make our holiday feel like a real holiday, even with the restrictions.

Reading and swimming were the main (only) things I did on holiday, so needless to say I finished a lot of books. Here are the books I read:

I will go into more detail about The Namesake and The White Tiger in my Indian Readathon wrap up later in the week, but here are a few thoughts on the other books:

The Mercies follows two characters in a Norwegian village, after a storm that killed all the village’s men, during the Stuart witch craze. Maren is one of the villagers left after her husband, dad and brother were killed, while Ursa is the wife of the commissioner tasked to restore order and stamp out the Sami, or ‘witches’. While it does have a sapphic romance (and it’s a slow burn– the most common word is flush), this isn’t a love story. Here’s a quote to sum it up:

She had thought she had seen the worse from this harbour, thought nothing could rival the viciousness of the storm, but now she knows she was foolish to believe that evil existed only out there. It was here, among them, walking on two legs, passing judgement with a human tongue.

I loved the alternating third person narratives that eventually converge as Maren and Ursa meet. The story was a bit slow at times, and I would have loved more romance since I was expecting it, but I still really enjoyed it and it reminded me of The Familiar a bit. 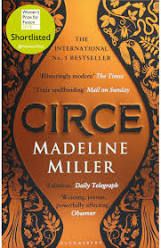 Circe is the ultimate cottagecore witch, a goddess who’s been exiled onto the island of Aiaia. I love Madeline Miller’s writing and the blend of Greek mythology as she follows Circe’s life, with well-known mythical figures like Theseus and the Minotaur, Icarus and Odysseus. I know some people have complained that it was slow at points, but I didn’t really notice that. I especially loved the characters (Miller’s interpretation of Odysseus!!) and Circe’s exploration of herself. Reading it in Greece made the book 10x better and more personal, like my own little secret on the island, as I imagined Circe walking on the mountains I could see in the distance and standing on the beaches and coves I discovered there. 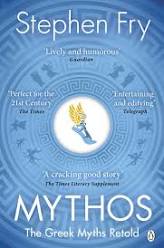 This is a non-fiction book about Greek myths, another one that I chose to read in Greece. I liked that it was very accessible even with some complicated and absurd myths. I wasn’t expecting it to be so funny as well! At some points I felt like it was a bit unstructured and messy, but I can’t imagine how hard it was to structure it at all, so it’s not a big criticism. Overall, I really enjoyed reading about the crazy, disturbing and amazing Greek myths, and I can’t wait to read the sequel: Heroes.

11 thoughts on “Greece: my holiday and reads”